New ILO convention to combat violence and harassment at work 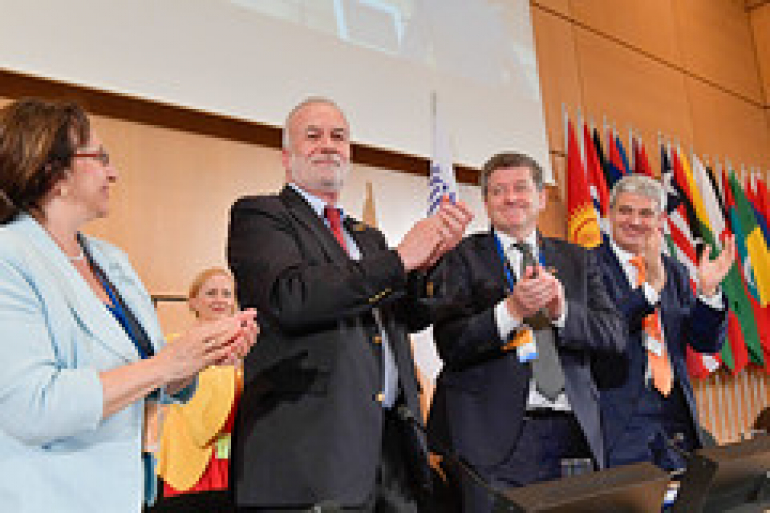 On 21 June 2019, the International Labour Conference adopted a new convention on violence and harassment at work. It will formally become ILO Convention 190. Complemented by a recommendation adopted that same day, the text was adopted by the tripartite conference as part of the centenary celebrations of this international organisation.

The adoption of a new convention is an important event for several reasons. No ILO convention has been adopted since 2011. This standstill reflects the major pressure exerted by the employer side in its efforts not to become encumbered by binding legal rules concerning work. This explains the popularity of codes of practice or the ISO's international technical standards, an approach long supported by many governments. As pointed out by Sophie Binet from the French CGT (Confédération générale du travail) in an interview given to the newspaper Libération: “At the time the International Trade Union Conference started its campaign against sexist and sexual violence, it was a non-subject. It cost us four years to get our demands put on the agenda of our International Labour Office. And two more years to convince governments of the necessity to adopt a convention in this matter. It took a further three years to battle through some hundred amendments submitted by the employers .... So you can imagine how relieved we now are to have got everything done”. Among those who maintained their reservations until the final ballot were the employer delegates from Austria and Germany, as well as the government representatives from Russia who abstained from the final ballot.

ILO Convention 190 calls on all ratifying governments to adopt legislation defining and prohibiting violence and harassment in the world of work, including gender-based violence (GBV). In many States, such legislation will be completely new. The approach taken by the Convention avoids reducing issues of violence and harassment to the level of conflicts between individuals, instead highlighting the importance of a collective and preventive approach. It calls on States to “identify hazards and assess the risks of violence and harassment, with the participation of workers and their representatives, and take measures to prevent and control them”. This collective approach is complemented by measures to be taken to deal with individual situations.

We should also note that the Convention calls on Member States to cover the whole world of work, including the informal sector. It also aims to mitigate the impacts of domestic violence in the world of work. The Convention goes beyond the traditional definition of a workplace, applying to violence and harassment occurring in the course of, linked with or arising out of work, for example covering work-related travel, work-related communications, including those enabled by ICT, or employer-provided accommodation.

To gain force of law, ILO conventions have to be ratified by Member States. These are then bound to implement them, as well as being subject to control procedures. Ratification of Convention 190 by as many States as possible will certainly require trade union mobilisation at national level. Ratification is essential to reach the next milestone in the prevention of psychosocial risks at work.

Welcoming the adoption of this new convention, Per Hilmersson, Deputy General Secretary of the European Trade Union Confederation (ETUC) had this to say: “Everyone should have the right to earn a living without fear of violence or harassment and employers should have a clear duty to create transparent and clear procedures to prevent violence and harassment, to support the victim and deal with the perpetrator appropriately".

Text of the Convention

Fabienne Scandella : Is Europe heading towards the eclipse of 'psychosocial risks' at work? (Hesamag 16)