Unions join the fight to ban glyphosate in the European Union 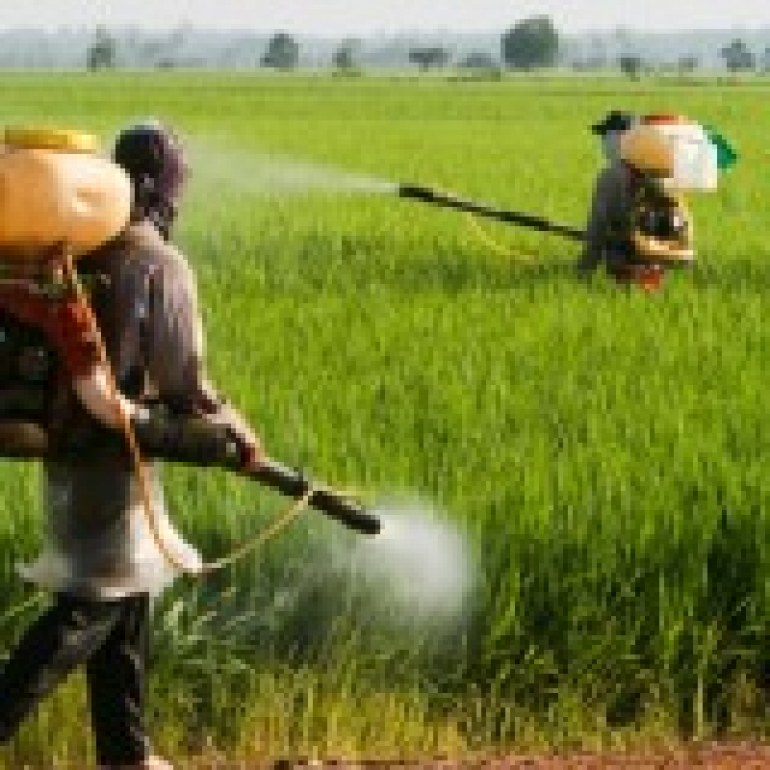 Trade unions are mobilising to urge the European Union to take precautionary action on the use of glyphosate, the world’s most widely used herbicide. Glyphosate is the main active ingredient of the well-known product RoundUp, manufactured by the US agrochemical and biotechnology giant Monsanto. Although glyphosate was classified as “probably carcinogenic to humans” by the World Health Organization's International Agency for Research on Cancer (IARC) in March 2015, it is still used to control grass and weeds in fields, backyards and gardens.

The European Federation of Food, Agriculture and Tourism Trade Unions (EFFAT) demands alternatives to glyphosate. EFFAT, which represents almost seven million agricultural workers in Europe, urged the European Commission "to ban glyphosate in the EU and to provide comprehensive support for a safer, healthier food system which safeguards frontline agricultural workers from the consequences of injecting massive quantities of toxic chemicals into the environment."

At the national level, the two main Spanish trade union confederations, Comisiones Obreras (CC.OO.) and UGT, called on their government to reject the EU Commission proposal to prolong the authorisation to market glyphosate in the EU.

In the UK, the general trade union GMB demands the application of the precautionary principle. "Employers should be substituting products containing glyphosate with safer alternatives that pose no health risk," said the union in a statement.

In March last year, the IARC issued a report which classified glyphosate as “probably carcinogenic to humans.” However, in November the European Food Safety Agency (EFSA) - on the basis of reports prepared by the industry - officially rejected the IARC's conclusions and declared that glyphosate poses "no carcinogenic hazard to humans" or any other health risk.

The Commission then proposed to renew the approval of glyphosate for the maximum period of 15 years and to increase the permissible residue limits in food. It refused to disclose the evidence on which the EFSA based its positive recommendation, on the grounds of “commercial secrecy.”

As a reaction, over 45 environmental and civil society organisations sent a letter to the EU Health Commissioner Vytenis Andriukaitis, urging him to take precautionary action against the use of glyphosate.

On 13 April 2016, the European Parliament adopted a resolution calling on the EU Commission to reduce the renewal of its marketing approval from fifteen to seven years, and limit it to professional uses only. The resolution also calls for a ban on many of the uses currently considered acceptable for glyphosate, including in or close to public parks, playgrounds and gardens, and where integrated pest management systems are sufficient for necessary weed control.

MEPs also call for an independent review and the publication of all the scientific evidence that the EFSA used to assess glyphosate.

The Parliament considered that the Commission’s draft regulation on glyphosate fails to ensure a high level of protection of the environment and of both human and animal health. As in other areas such as nanomaterials, it fails to apply the precautionary principle.

The level of controversy has reached such a point that the European Chemicals Agency (ECHA) was requested to publish a communication and guidance on the controversial weed killer.

The ECHA is about to investigate the wider human health effects of glyphosate, following Germany’s submission of a dossier on harmonised classification and labelling. This process will not be finalised until towards the end of 2017. If the ECHA finds that glyphosate can cause cancer, interfere with reproduction or damage the hormone system then, according to EU regulation on pesticides, it can no longer be used as an active substance.

• 19 May 2016: a decision on whether or not to reapprove glyphosate for use in Europe for nine more years was postponed for the second time, following disagreement among representatives of EU governments.

• 16 May 2016: experts from the U.N.'s Food and Agriculture Organization (FAO) and World Health Organization (WHO) said glyphosate is “unlikely to pose a carcinogenic risk to humans from exposure through the diet”.

EFFAT: Tell the European Commission to ban glyphosate and step off the pesticide treadmill! (4 April 2016)