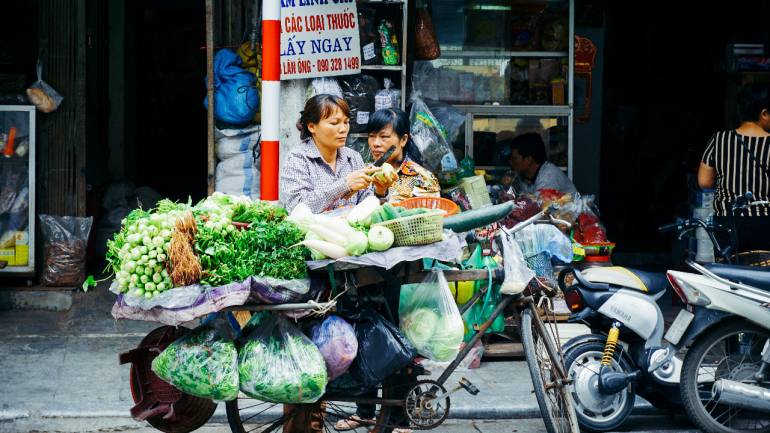 Vietnam has decided to ban all herbicides containing glyphosate. This is a further blow to Roundup, a key product of Monsanto, the US multinational now in the hands of agrochemical giant Bayer.

The decision was taken on 27 March, shortly after a Californian jury sentenced the company to pay compensation to a Roundup victim. The decision was quickly put into practice, with Vietnam’s Ministry of Agriculture and Rural Development removing the herbicide from the list of authorised products on 10 April.

The Trump administration immediately sided with Bayer-Monsanto, condemning Vietnam’s decision. Repeating the argument of the pesticide lobby parrot-fashion, US Minister of Agriculture Sonny Perdue had this to say:”If we’re going to feed 10 billion people by 2050, farmers worldwide need all the tools and technologies at our disposal."

Vietnam is not the first country to ban glyphosate. In October 2015, Sri Lanka took the same decision following the publication of a study on the renal toxicity of glyphosate among rice-growers, leading to more than 20,000 deaths in that country. Glyphosate interacts with heavy metals in the soil. Under pressure from the United States, Sri Lanka partially suspended the ban, re-authorising the use of glyphosate for rubber and tea plantations. In 2015, El Salvador took a similar stance, again leading to external pressure being put on the then President Mauricio Funes to not apply the ban, despite the product’s serious health effects.

While Monsanto achieved a major success in November 2017 with the 5-year renewal of the authorisation for glyphosate on the EU market, the obscure conditions under which this authorisation was gained make this a very sensitive issue. They highlight the industry’s stranglehold over the EU regulatory agencies which handled the dossier and the European Commission’s kowtowing to the pesticide lobby. It seems quite likely that the new European Parliament, due to be elected in May 2019, will reopen the dossier. Recent developments in various fields underline how dangerous this product is.

As of March 2017, California requires producers to label pesticides containing glyphosate, informing consumers of the product’s carcinogenic properties. A few months later, in summer 2017, a US Court ruled that Monsanto must provide access to its archives. The “Monsanto papers” provided proof of the company’s strategy of infiltrating scientific circles to sow doubt on reports linking glyphosate to cancer.

Vietnam is undoubtedly the country that has suffered most from Monsanto’s operations. During the Vietnam War, Monsanto and Dow Chemical made massive profits from the production of Agent Orange, a powerful defoliant, for the US Army. The aim was to destroy vegetation in the rural areas occupied by the Vietcong. The toxic concentrations were 13 times higher than those usual in agriculture and other non-military fields. Agent Orange has disastrous consequences not only on the health of people exposed to it but also on their offspring. Children of exposed people are affected by deformities, cancers and blindness. According to the Vietnamese association of Agent Orange victims, more than 3 million Vietnamese are still affected by the consequences of this military-industrial crime.