Green transformation of the transport sector 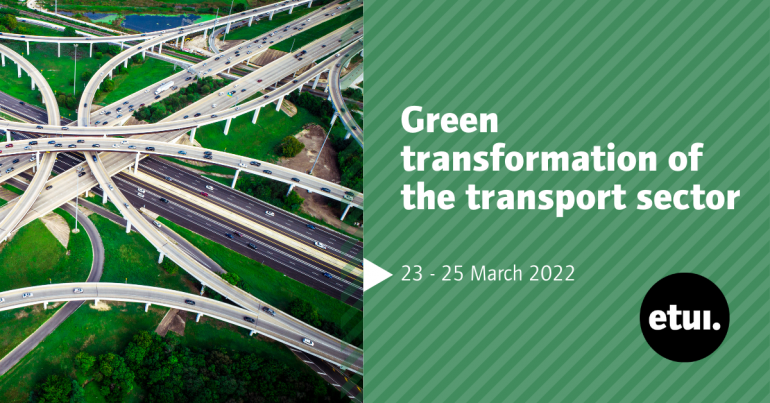 Within the European Union, the European Commission aims to make Europe the first climate-neutral continent by 2050. The so-called “European Green Deal” was announced in December 2019 to majorly reduce emissions in nearly every sector while ensuring climate-neutral development of the economy and ‘to leave nobody behind’ (just transition). The transport sector with more than 25% of EU CO2 emissions is a sector in focus.

The European Green Deal, as well as any other policies that deal with climate change, have to be ambitious and come with an industrial policy for transport, combining employment and environmental protection. We need fundamental change to build an environmentally and socially sustainable sector (ETF).

This training will examine the different instruments of the ‘European Green Deal’, set for greening the transport sector and their impacts on transport workers, e.g.

It will also address the meaning of just transition in the transport sector and pave the way to a future of transport that is fair to workers.

Trade union representatives in the transport sector. Note that the registration process is organized by the ETF.

EN, FR, DE and two other languages according to the registration